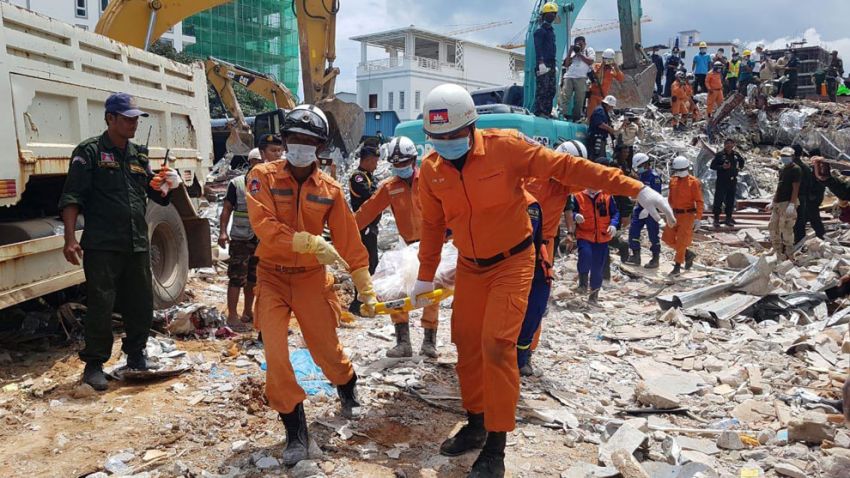 
Sihanouk Sihanouk Provincial Court spokesman Lim Bun Heng told the Post yesterday that the Preah Sihanouk provincial court would hold a hearing on the 25th. Next June, the case of a 7-storey building collapsed in Sihanoukville on June 22, 2019 Nearly 50 people were killed and injured.

But Bun Heng could not be reached for comment on the case, saying he was in the process. The competence of the judge shall decide in the course of the trial. “The court has set such a date, and the parties involved are lawyers, he will attend the summons. Of the court on June 25. ”

Regarding the opening of a hearing for the nearly 50 victims in May last year, the Samdech Techo Volunteer Law Team Sen has expressed disappointment with the case being repeatedly postponed.

Posted on its Facebook page, volunteer lawyers "Samdech Techo Sen" claimed that on May 27 they had Departure from Phnom Penh to Sihanoukville for Civil Rights Support in Case of Building Collapse . Unfortunately, the hearing was adjourned due to the absence of one of the defendants and one of the defendants. Another asked for time.

Volunteer lawyers add: "Time to travel long distances and while victims of Civil Party Many are looking forward to justice almost a year ago. ”

In July last year, nearly 50 families of victims of the Preah Vihear building collapse were spurred on by lawyers Volunteers ask the court to expedite the process of seeking justice as the case goes to two Chinese companies each $ 10,000 to over $ 100,000.

On June 22 last year, the seven-story tower collapsed, killing 28 workers and injuring 26 others Save. Two days later, four Chinese construction contractors and subcontractors were detained by the court.