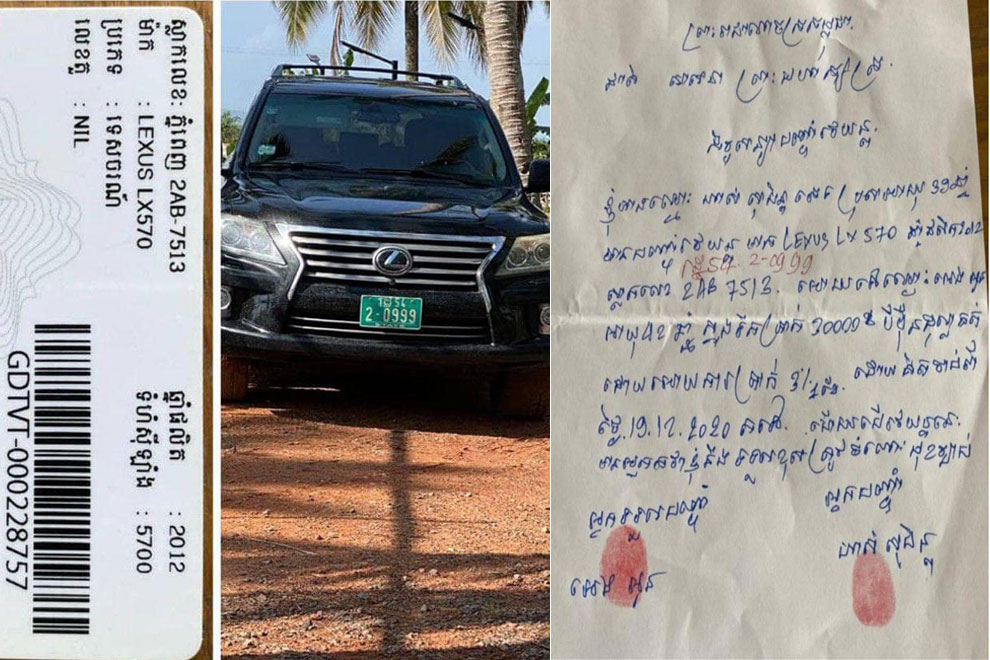 
Kampot: Mr. Has Soben, 4th Class Officer from Deputy Governor of Kampot Provincial Board of Governors, was transferred to work at the next office of the Ministry of Interior. From being involved, take state vehicles, correct license plates and take them as collateral. This is according to the decision of the Prime Minister Hun Sen on June 24.