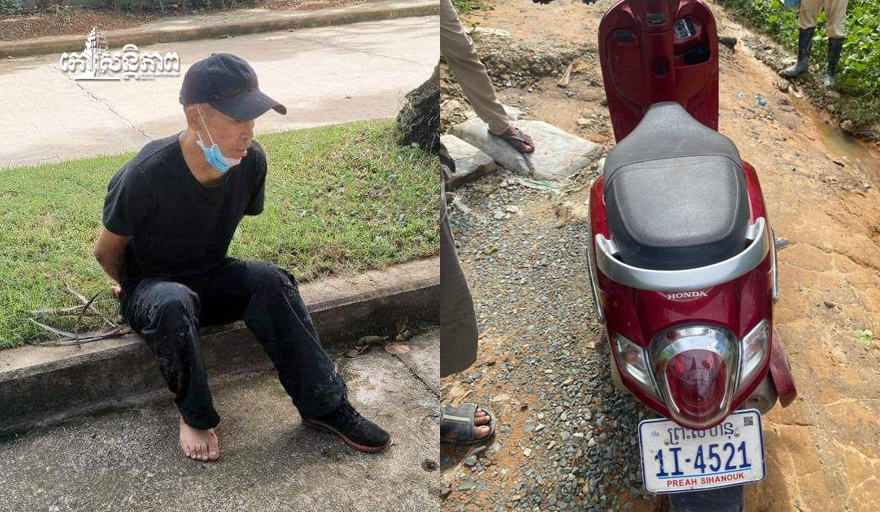 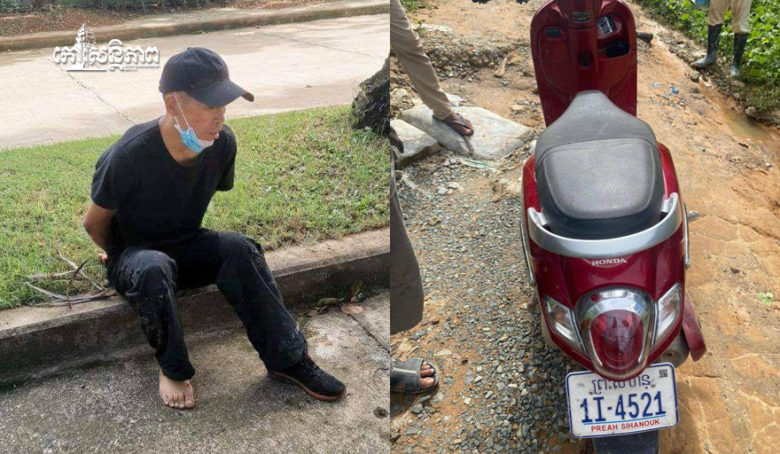 Sihanoukville: Authorities in the Sihanouk Provincial Unification Commission comprised of police, gendarmerie, and police, according to preliminary reports. Authorities involved in the morning of July 5, 2020, launched a crackdown on looting from money laundering people, including One of the two factions has been arrested.

Initial reports from two Chinese nationals acting in ambush with baton Two crashes on motorbike near Borey Hilton in Sangkat 4, Sihanoukville Nearly 9 am on July 5, injured victim, who stole a bag of money from the victim. Approximately 30 million riel escaped.

But the incident also included preliminary intervention by security forces, arrested one suspect and handed over to provincial police. For further inquiries. The other suspects escaped into the forest, carrying the loot, leaving the motorbike behind. The current activities of the provincial police chief's specialty police have been brought in and the search for the fugitive is underway. By: Chun Kim Hay