A brick truck was hit by another truck, causing it to fall on the road. 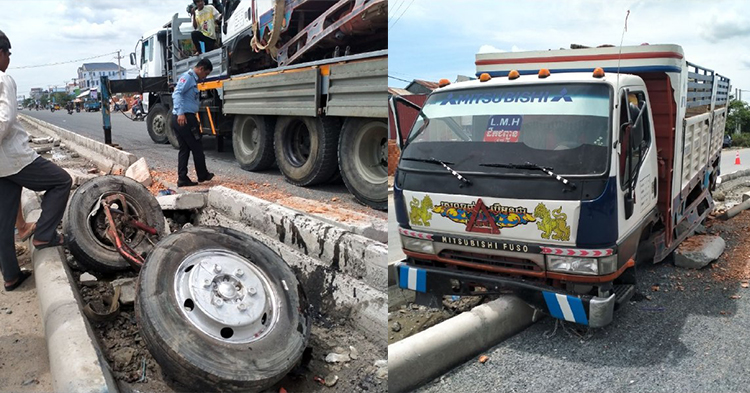 A brick truck was hit by another truck, causing it to fall on the road.


Phnom Penh: A brick truck was hit by the same brick truckAnother vehicle overtook the rear and oversteered, causing severe damage to the road.

According to sources at the scene, before the incident, a brick truck with license plate Phnom Penh 3F0801 was seen traveling in parallel. In the same direction from north to south at high speed, suddenly approaching the scene, they saw another brick truck did not remember the license plate Going in the opposite direction, he overtook the back carelessly and oversteered, causing the brick truck in front. Turn the steering wheel to the side of the road, causing the wheel to break in two.

No one was injured in the accident, but only the car and the road were damaged, which is a state property that Chinese people are building. Suddenly, another truck came to pick up the bricks from the truck, which was easy to lift and quickly put the bricks to Moey. Hand.

After the incident, the local authorities arrived and contacted the city traffic experts to make a report and then called a crane. Take the brick truck to save and wait for the next time. By: Samet 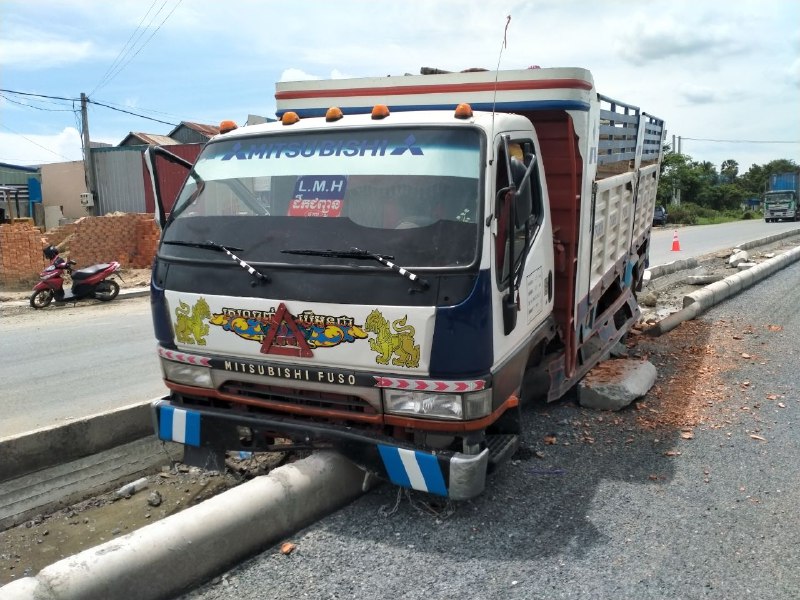 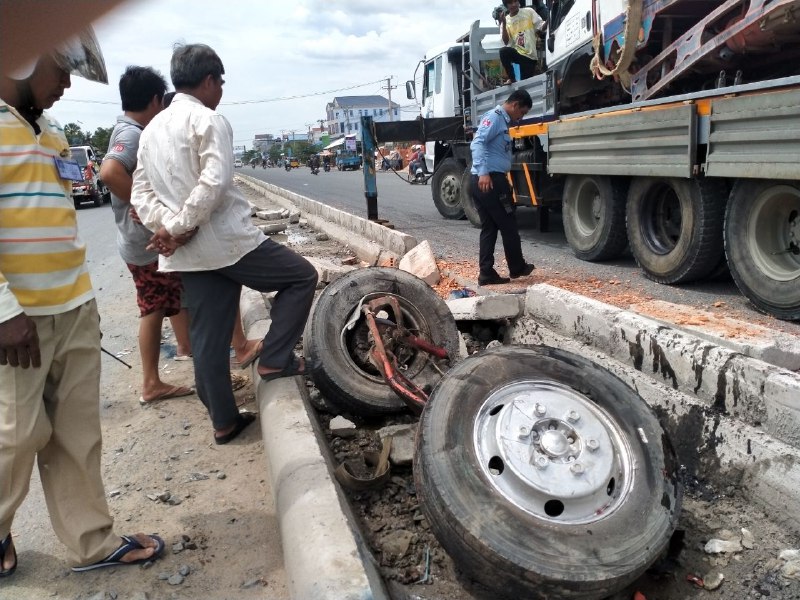 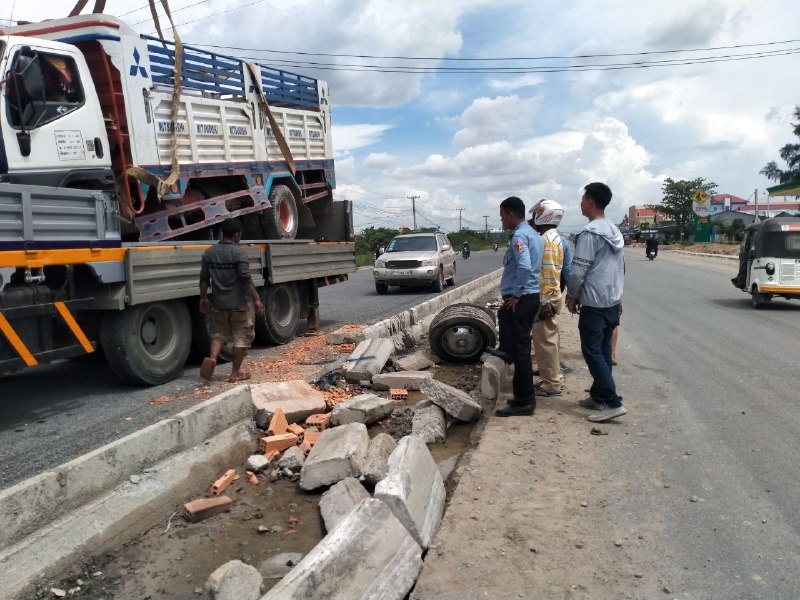 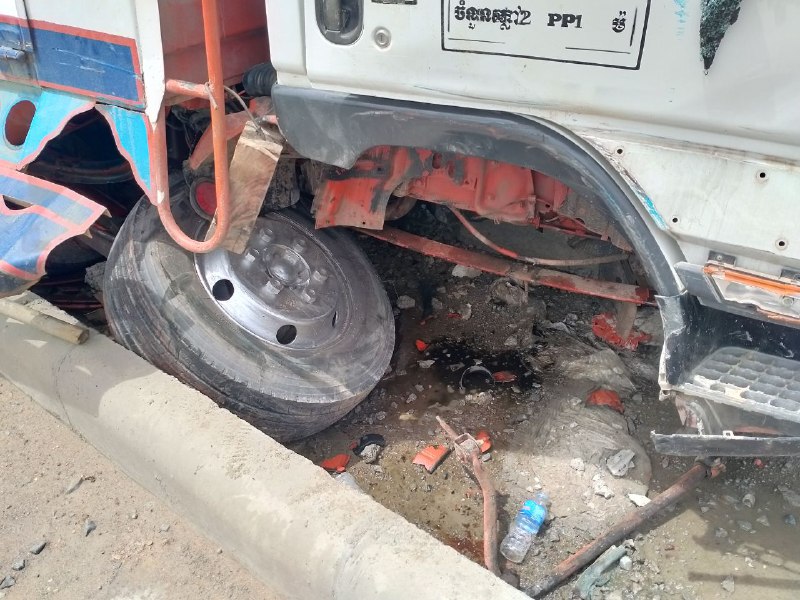 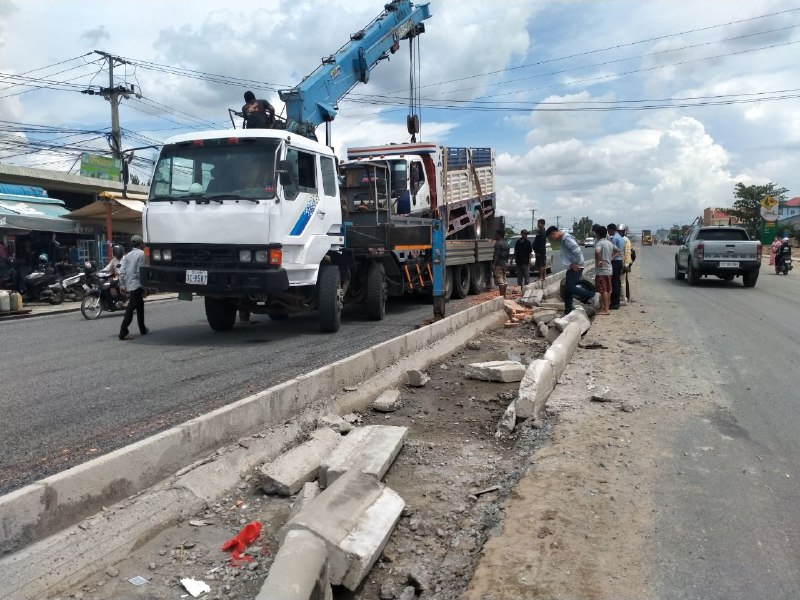 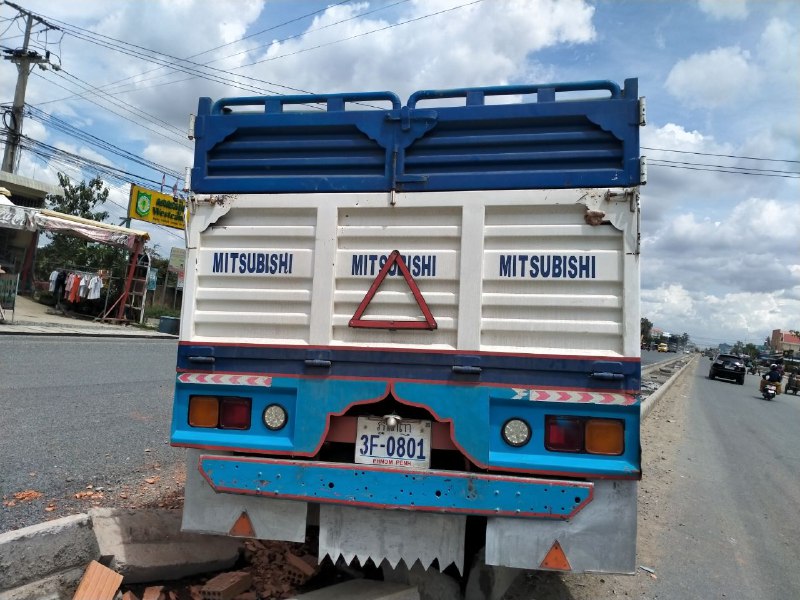