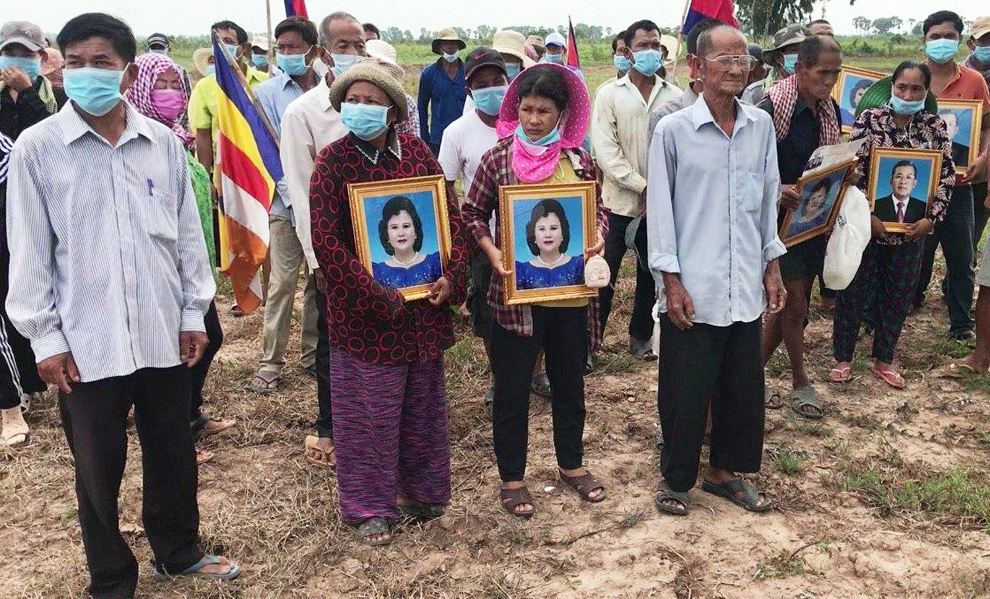 
Kandal Province: 94 people in Tuol Khmuonh village, Teuk Vil commune, Saang district, Kandal province gave their thumbprints to apply to Prime Minister Hun Sen Intervention to help revoke the letter No. 1486 dated August 4, 2020 of the Kandal Provincial Administration, which requires a company to excavate the land In this position, without resolving citizens' complaints yet. Another request for a systematic land registration for them as well. This is according to Ms. Ou Maly, a representative of the people in Tuol Khmuonh village, told the Post on Tuesday.

Ms. Oumaly said that the land in the area of ​​Tuol Khmounh village has been cleared by people from 1979 to the present. Some people have land tenure documents signed by the village, commune authorities, and some even have receipts for land tenure applications since 1990

“In 2017, the Kandal Provincial Land Registration Team registered and designated this land as a reservoir, although This location is necessary to build a reservoir, because the land around the above location is sold by the people "Continue to the new owners to sell some, some are splitting lots for sale."

She said that after the land was designated as a reservoir, some corrupt officials conspired with traders to dig the land anarchically. By misleading the upper class as a citizen request to restore the reservoir. Seeing that the lower authorities conspired to dig up the land for sale and anarchy, the people filed a complaint to the Kandal provincial governor to take action to stop the excavation Take the land, but did not expect that the provincial governor would allow traders to dig the land.

On May 25, 2020, the people filed a complaint to Kandal Provincial Hall. On July 23, the Kandal Provincial Administration ordered a professional officer to Measuring the land requested by the people, on July 30, the traders applied to dig and restore the reservoir, but on August 4, the provincial governor issued Letter No. 1486 SOR, dated August 4, allows traders to excavate more than 40 hectares of land without resolving citizens' complaints .

Kandal provincial governor Kong Sophorn on Tuesday claimed that the land they were protesting was state land and that authorities would summon him. That clearly explains that it is state land that has already been registered. Mr. Sophoan said: "It is the property of the state, we need to protect conservation, such as restoring deep pools for public use. "

Royal Government of Cambodia spokesman Phay Siphan said that in the administrative sense, the land issue should be submitted to the Supreme Council and consultant. It is more effective because there will be a party that will observe and report to the Prime Minister.

However, Mr. Sophoan said that there are individuals as brokers to buy land at low prices and inspire people to join the opposition.