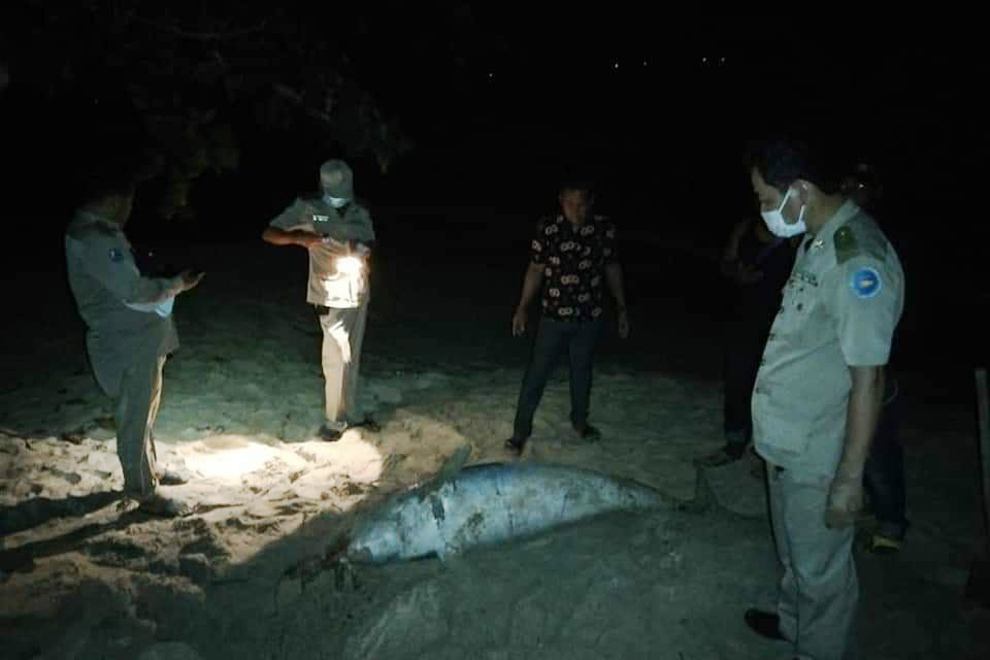 Em Phea, director of the Preah Sihanouk Provincial Fisheries Administration, told the Post on July 19 that after a thorough examination of the label Its wounds indicate that it died from the nets of fishermen in the area.

"Its tail fins and head fins are broken and its mouth is cracked and fibrous," he said. Mosquitoes stick to its teeth as well. "Through the scars and nets, we can conclude that this rare dolphin died because of the nets of the fishermen."

According to Em Pheary, the sea dolphin is 2.24 meters long and 0.60 meters wide, a rare species in the dolphin family. The scientific name is Indo-Pacific Humpback Dolphin, which is protected by Sub-Decree 123 ANC. This species of dolphin likes to live and swim in groups. Their groups often appear in the coastal areas of Cambodia during the rainy season, especially in Koh Pring and Some other islands of Koh Rong archipelago.

However, so far, the Fisheries Administration of Cambodia has not studied in detail the number of This dolphin yet.

Mr. Em Phea added that after examining and recording the cause of death of this rare male dolphin, experts Decided to bury its body on the beach near Poy Yeay Mao about 500 meters to protect the impact of the environment.