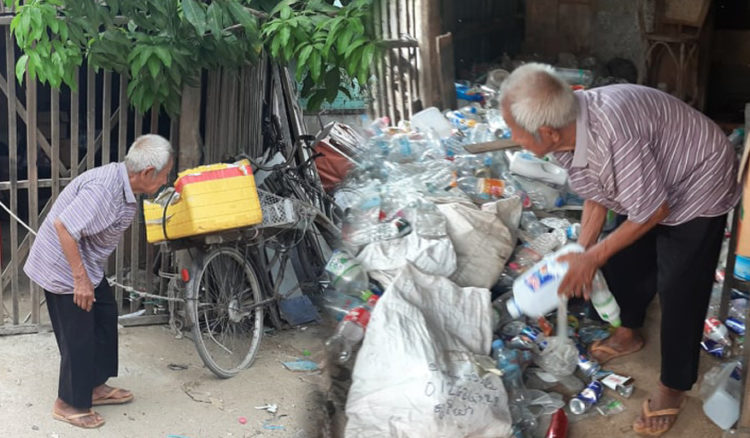 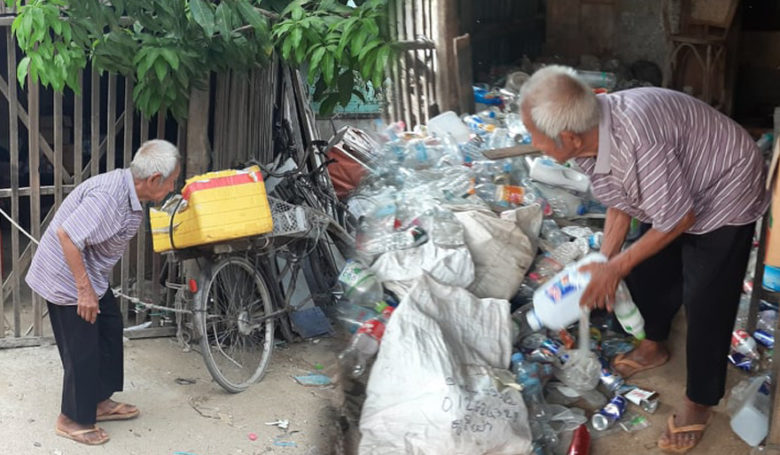 Old age: 82-year-old grandparents live alone in Phnom Penh Pick up some scraps on the streets to sell just for a living. Such sympathy makes the villagers, as well as some travelers, very sympathetic, offering cash and food to them. Grandpa too. However, his nephew and grandson did not like him.

Meet the island under a zinc roof, covered with zinc walls, spilled lumber, and a house full of A pile of cans and bottles of water, he said, every day he trails his bike on the side of the road in the local area. Khan Russey Keo to pick up cash for sale Life. In the day, he only earns 1,000 to 2,000 riel, but the villagers also Like a sympathetic passenger, he helped and provided the water.

Mr. Tep Sok Sok also said that he did not have any children living alone for about four years after his wife. Passed away. Today, he lives on a 7×9-meter terrace left by his foster parents. Islam also has the support of nephews and grandchildren of foster parents.

He described his poor life as having a hometown in Ang Kor in Batheay district, Kampong Cham province. There were five siblings, one of them female. After growing up in the French colonial era, he became a rubber plantation worker and motorbike driver. At the time of Pol Pot, he was relocated to Kampong Speu province after his liberation day, and his wife moved to Chrang Cham Foster mother. In the life of his family, he had no children, and he engaged in the business of buying and selling ether. About four years ago, when his wife died, he was lonely and still lives today.

Meth Ravy, 53, who is a Cambodian-niece, said that Tep Sok has siblings in the district. He came to live on the shore alone with his parents. Because he used to look after him at an early age, he did not let him go hunting, but he refused .

Mr. Tep Van, the second Chhmar commune chief, said that Tep Sokha and his wife had been living in Chrang Chamres commune since 1979. So, growing mango for a Muslim family. After he lost his life, he left a piece of land to live in the hut until now Read together.

In view of the difficulties that he chooses, he said, the commune often brings gifts of relief. The owner goes on to sponsor a series of events twice a month as well as advises and begs him to opt out of the affair Road safety and feed but he refused and said not walking sick.

In the past, other than the local authority, many philanthropists have supported him, but he has kept pedaling. Choose the last point for your life. (Edited by: Bopha)