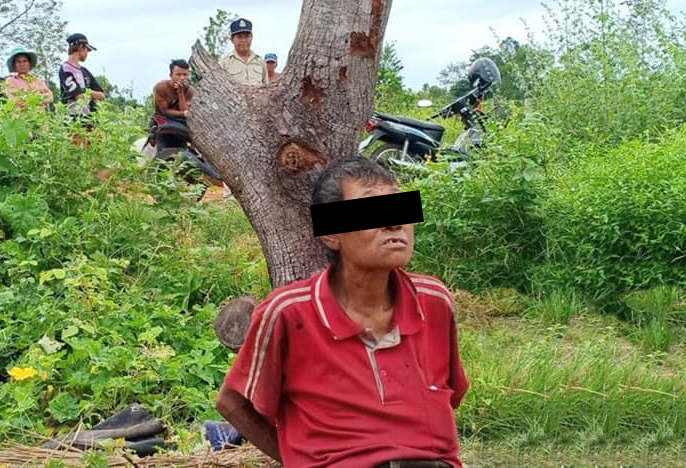 According to Shang Hai, the man who was arrested did not want to answer, and seemed to have a nervous problem due to drinking alcohol regularly. Every day too. He said the couple had no business and stayed on a plot of land near the foot of the mountain to guard the land. They live in a small hut with two or three families nearby.

The reason for pulling the knife to stab his wife to death was because the husband was drunk and asked his wife for 5 money Thousands of riel to buy cigarettes, but his wife refused, so he rushed to get a knife and stabbed his wife in the knee.

After stabbing his wife, the man did not run away, and the victim's death was reported by Un. Ho stated that it may have been caused by an injection that caused too much bleeding and he was not sent to the hospital. He died on time. The bodies of the victims were taken by relatives for a traditional ceremony.

According to Un Ho, the villagers said that his family was always arguing before his birthday. The quarrel started at night, but the people nearby came to help and it was okay.

At about 6:30 in the morning, they quarreled again, seeing that they always quarreled like that, it was a story Normally, the people nearby were not so busy until there was a stabbing that caused the death, so the villagers came to see and Report to the authorities.