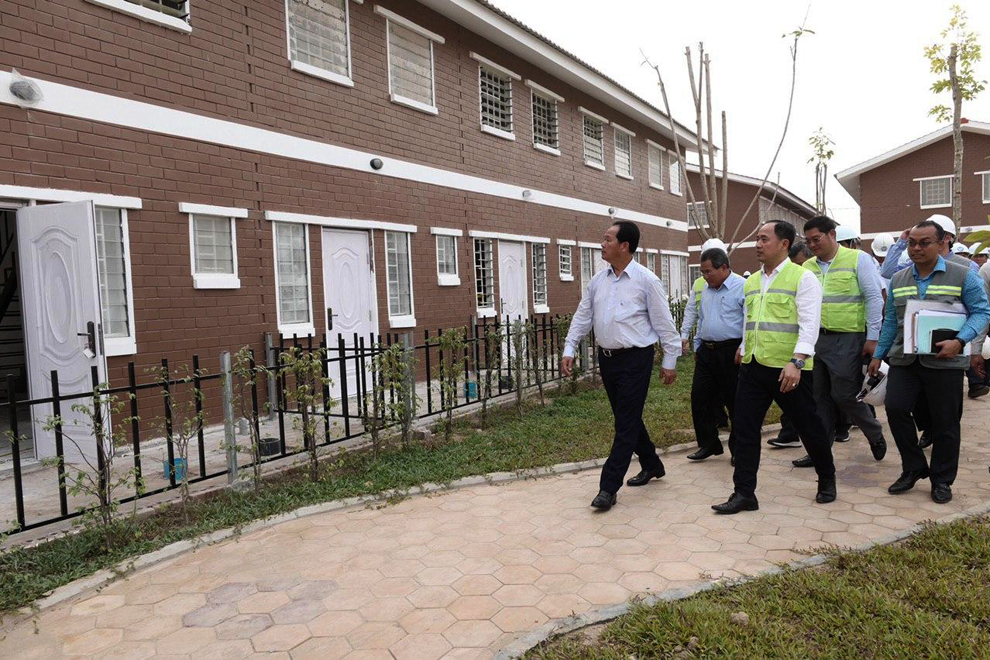 
Head: World Bridge Company will deliver 603 affordable homes to customers during the Khmer New Year The project is the government's policy to provide low-income and vulnerable citizens.

The government has launched a national policy in 2017 to implement affordable housing projects aimed at providing opportunities for people across the country Countries with decent housing can live in comfort, safety and dignity, especially the middle-income and low-income population. Vulnerable country.

A press release from the Ministry of Land Management on February 17 stated that there are five affordable housing projects that A total of 8,331 houses were constructed, of which 2 are in Phnom Penh, 2 are in Kandal and one in Banteay Meanchey.

For the project in Kandal, World Bridge Company has invested about $ 73 million to build 2,457 homes on 23 hectares of land. In Koh Ke village, Roka High commune, Saang district is about 8 kilometers from Takhmao.

"The company has sold 1,088 homes so far, accounting for 44% of the total," it said. 23% of clients were civil servants. The company has completed the construction of 603 houses to be ready for the Khmer New Year and the project is completed. By the end of 2020. "

One house in this affordable housing project sells for under $ 30,000. World Bridget Homes has decided that residents can pay 10% of their housing cost in the first 12 months or pay 20-30%. For 24 months without interest and the remainder payable for up to 20 years.

Seng Loth, spokesman for the Ministry of Land Management, declined to comment, saying he was busy.