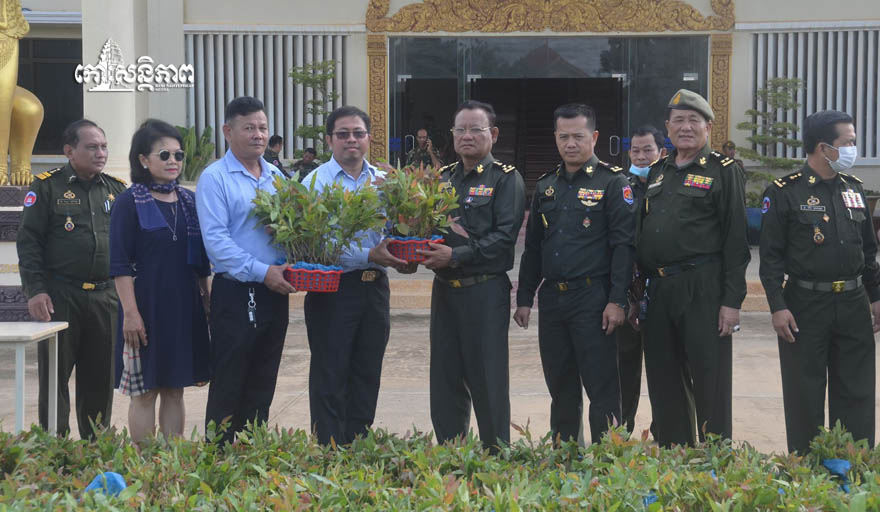 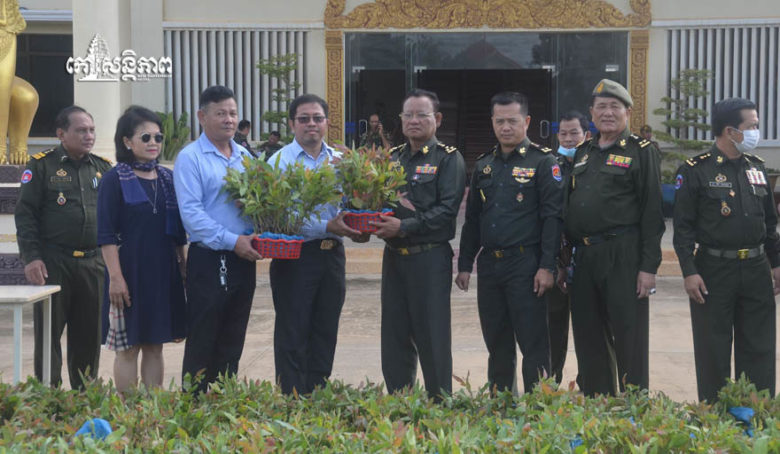 Battambang Province: With the coordination of Col. Bun Vattanak, Deputy Director of the 5th Military Development Office, brought seedlings for paper production 15,000 trees at a cost of 9,000,000 Riels were handed over to the 5th Military Command to be planted at the training ground Real shells of Phnom Veal Chap in Battambang province on Wednesday morning, July 29, 2020, received by Lt. Gen. Sam Oun Me Deputy Commander of the 5th Infantry Division, Commander of the 5th Army Division, received 15,000 acacia trees as a gift from Pepperry Cambodia Co., Ltd. to the 5th Military Command and distributed to subordinate units to work Continued cultivation.

Mr. Tek Sopheak, Project Manager of Paper Tree Company, explained how to maintain a good crop in 3 years. Harvested three times, most of the army in the mountainous front line needs a lot to build a camp Shelter and easily protected fence. Colonel Bun Vattanak confirmed that this is the second time that the first batch of seedlings has been handed over to the army. 10,000 trees and this time another 15,000 trees according to the needs of some locations in the military area Part 5

After that, Lt. Gen. Sam Oun expressed his gratitude and confirmed that according to the transfer of development partners between the 5th Military Zone and Sary Kan Company Thailand has since signed a memorandum of understanding (MOU) chaired by the General Department of Development of the Ministry of National Defense and promoted planting. Grow troops in units standing along the border and contribute to alleviating hardships. Also. By: Huot Songhak