45% of candidates contested as National Police Officers in Kompong Cham 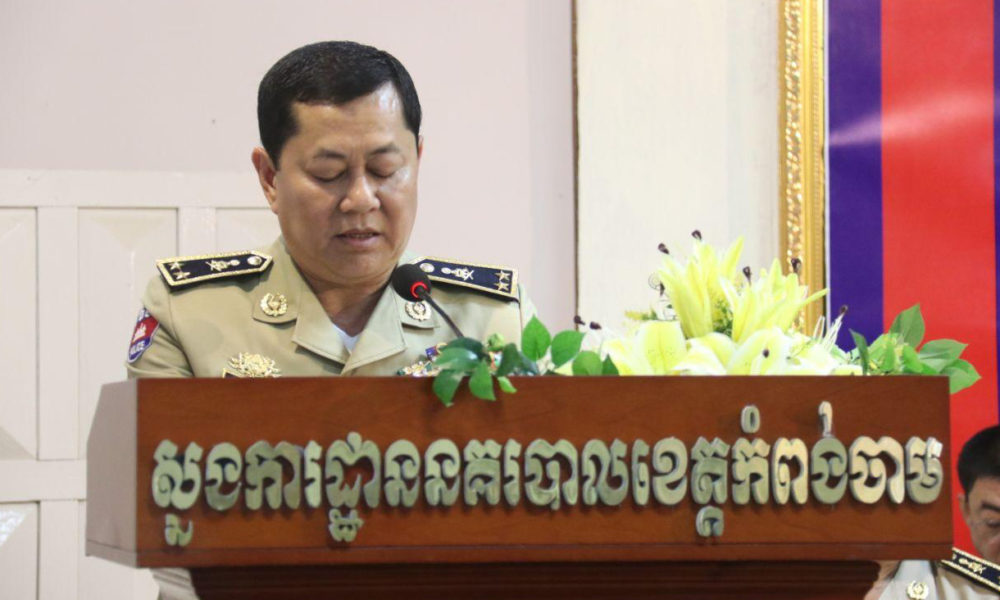 45% of candidates contested as National Police Officers in Kompong Cham

Kompong Cham provincial police chief Lieutenant General Em Kosal said that during his tenure as police chief, Kompong Cham saw the contestants form a national police officer's examination so far. So far, 45% of candidates who pass the National Parks exams are close to the candidates.

The Commander-in-Chief of the Ministry of Interior, mentioned the morning of March 9, 2020, in celebration of International Women's Day March 8 under the theme of peace, promotion of gender equality held at the Kompong Cham Provincial Police under the presidency of Mrs. New Chakrya, Honorary President, Kampong Cham Women Association, and Ms. Pang Dany, Deputy Governor of Kampong Cham.

Lt. Gen. Kosal said it was a pride to promote gender equality, with many contestants competing as national police officers. In fact, in 2019, the Kompong Cham Provincial Police received 100 new officers including 35 women. For the appointment and promotion of the rank of officers, the police unit has assigned 46 positions and 139 promotions.

At the same time, the Kompong Cham Provincial Police Commissioner is pushing for the inclusion of women in positions of leadership in the office of expertise and for the upcoming district and city police chiefs as deputy inspectors or administrators.

In an interview with the police on the occasion of the Women's Day on March 8, Kampong Cham deputy governor Pang Dany reminded the authorities to take extra effort in dealing with four types of violence * 1 Physical Violence * 2 Psychological violence * 3 sexual violence * 4 Economic violence.

Regarding the violence, the deputy governor said that in 2020, a recent rape of a minor girl occurred in Batheay district, causing the 10-year-old girl to be scared. Traumatized by her physical abuse. In another case, a 68-year-old man allegedly kidnapped a schoolgirl in the bathroom for the rape, but failed to recover.

Provincial Deputy Governor confirmed that raising this violence, she intends to call on all local authorities to help prevent any violence, especially sexual violence in Kampong Cham. This is also a theme that the Ministry of Women's Affairs will address in 2020.