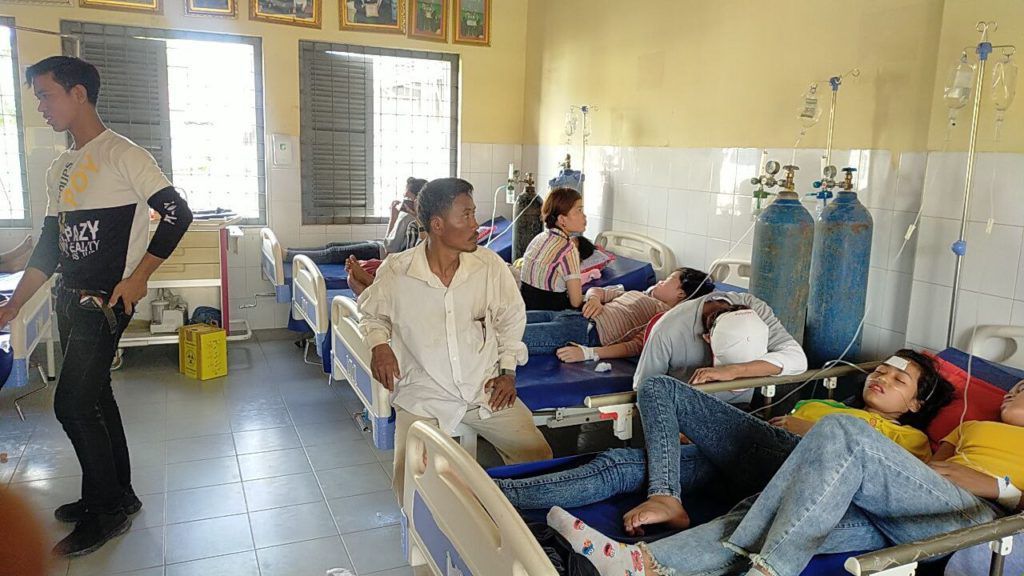 
Svay Rieng province: 43 workers fainted yesterday There was some recovery, but this morning six workers were unconscious, with the team being sent to the hospital for treatment. This is the statement of Mr. Ousak Khorn, Director of Department of Labor and Vocational Training, on the morning of June 6, 2020. .

Ou Sokhon said that bringing the faint-hearted female worker to the bathroom near the bathroom when she was tired Other workers saw this as a result of fainting and were just preliminary information and awaiting the results of the investigation. The National Commission for the Suppression of Factory Fainting at Ministry Level This morning, he sent officials to the factory to coordinate Also on the case of unconscious female workers.

It should be highlighted that on June 5, 2020, the Svay Rieng Garri Special Economic Zone is located in Deum Por village, Kandieng commune, district Svay Rieng province's 43 Svay Rieng workers fainted following a series of fainting, citing sources claiming that it was the result of a foul odor. The electrical wiring and lack of oxygen can cause the chest worker to breathe and cause fainting.


According to the authority of Svay Teap district police, prior to the incident, a factory in Tuyu district opened a warehouse. Dismissed by the workers to wrap the lightbulbs on the floor, a foul odor spread throughout the building and a shortage of breath 43 successive chest pains, fainting at the Tieu factory (Flashlight)

According to doctors, after medical treatment and stretching of the serum, the victim was relieved and the first step. Authorities concluded that there was a bad smell from the drugs on the power line and the lack of oxygen, with the main building having no windows in place. Although natural ventilation is good for the building, but in this case, experts from the Department of Labor and Vocational Training, as well as inter-ministerial working groups, are working. Check for this reason before giving it back. 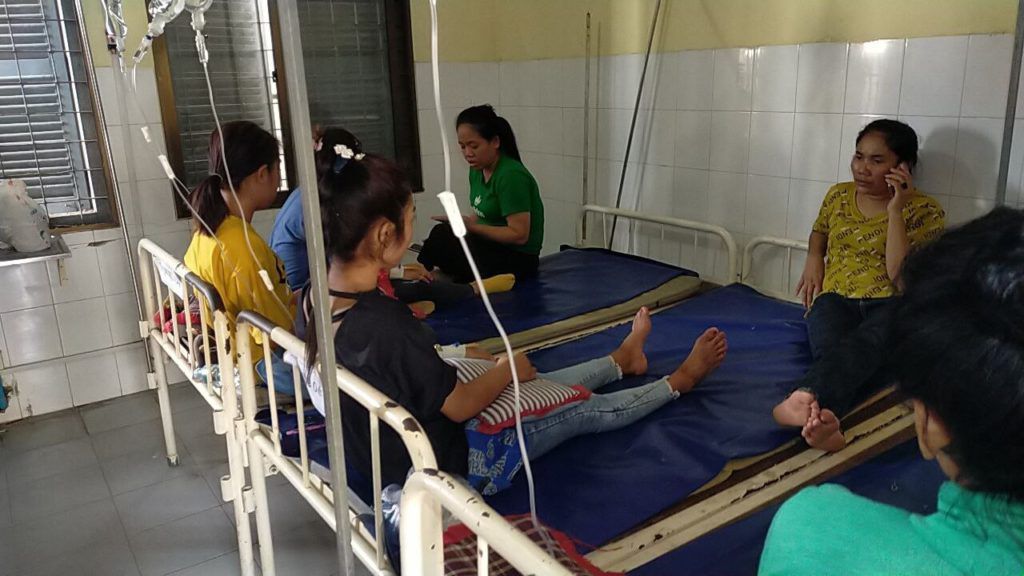 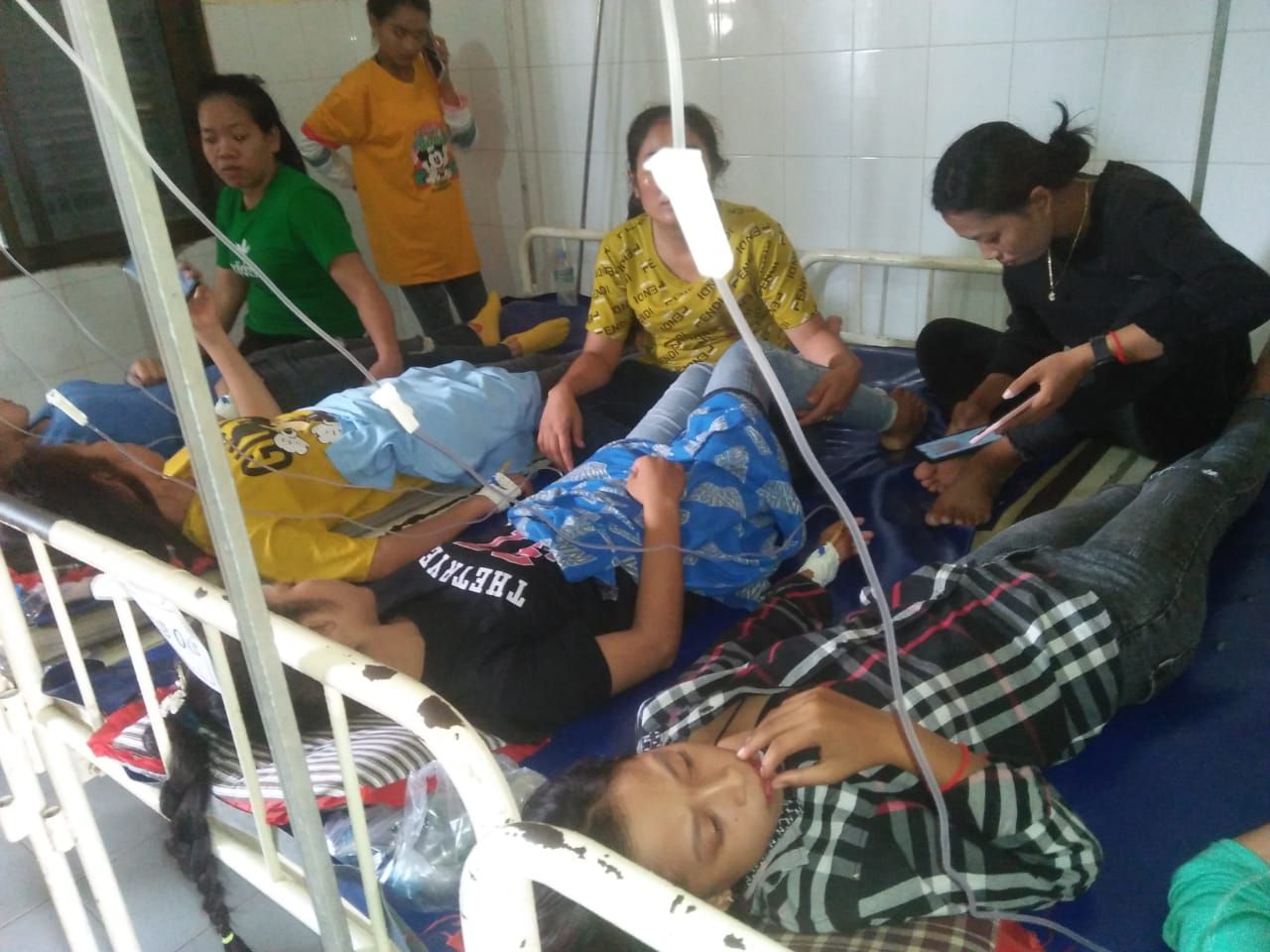 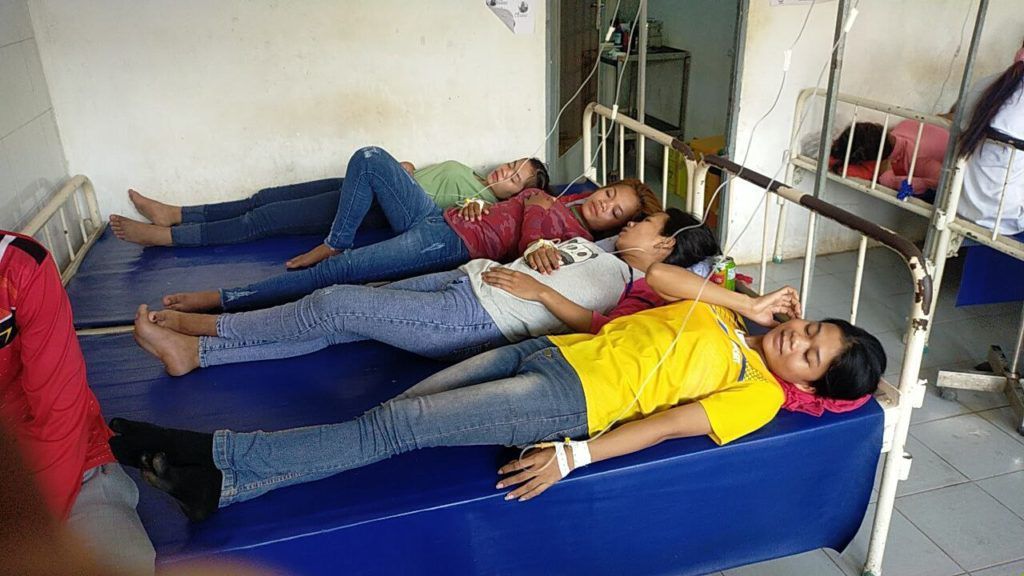