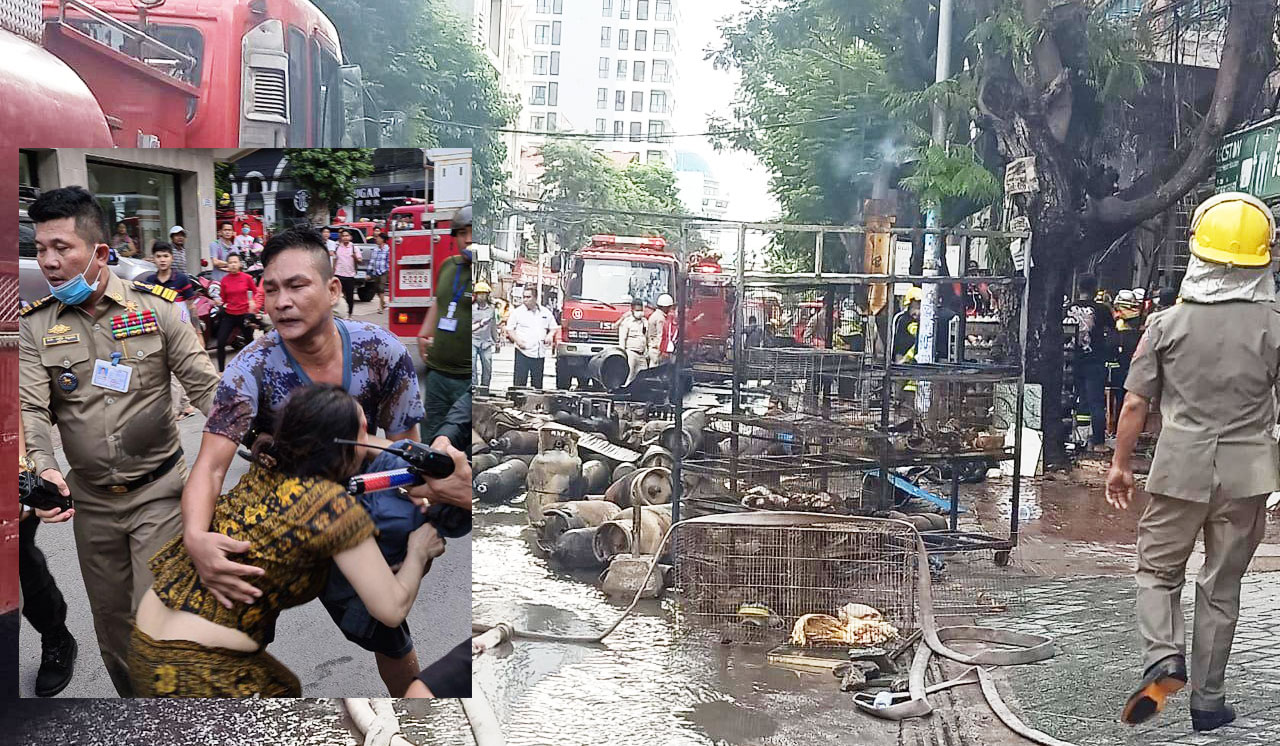 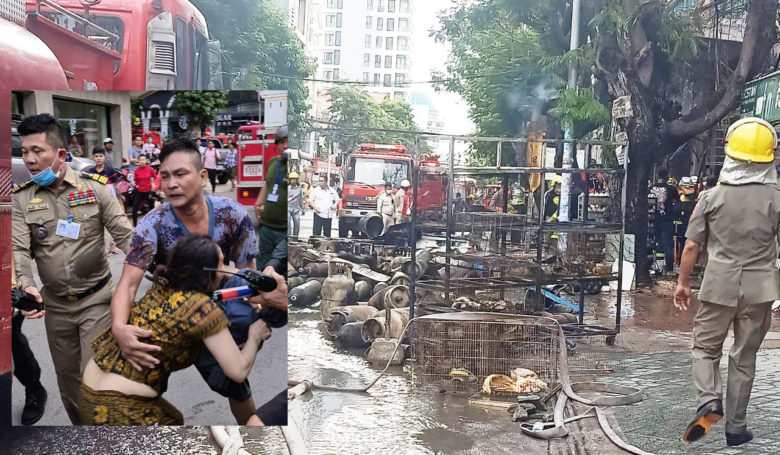 By the owner of the house that caught fire, Prak Lamhong, a 74-year-old man. Gas station business.

In the case of this fire, the police used 112 trucks of water to completely extinguish it.

Including 20 vehicles of the Office of Fire Prevention and Extinguishment of the Phnom Penh Municipal Police using 60 trucks of water.