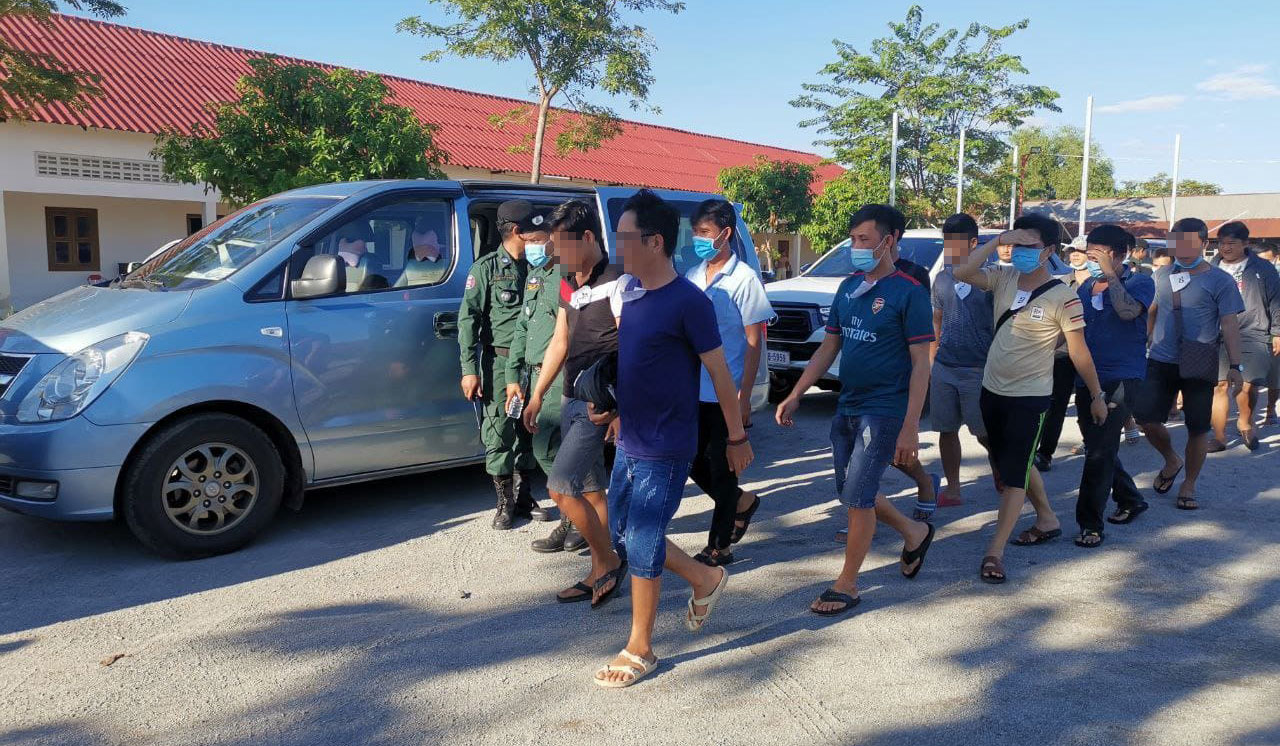 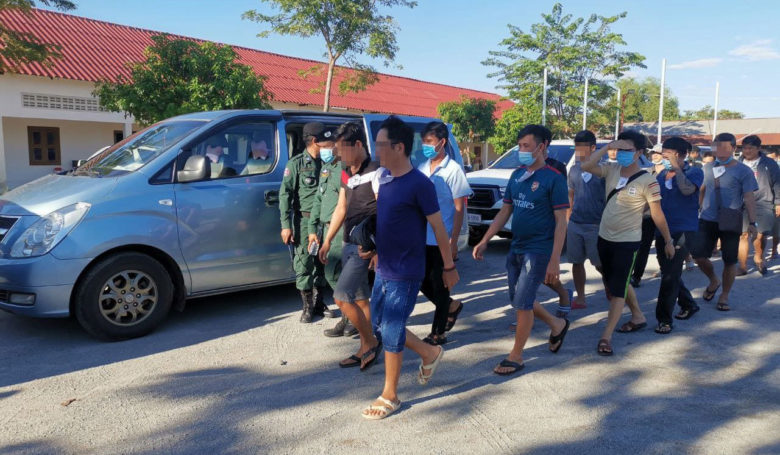 Siem Reap Province: Joint Police Force of the Siem Reap Provincial Police Commissioner, led by Brigadier General Chea Kimsan, Deputy Commissioner for Immigration and Colonel Touch Sokun, director of the Bureau of Investigation, arrested 30 Vietnamese men and women who smuggled across the border from Vietnam through the corridor.

Some of them have passports, some of them ran through the rice fields and came to stay illegally in Siem Reap and were arrested by professional forces. Sent to the office to interrogate and prepare for deportation from Siem Reap, Cambodia, where the arrest of the 30 Vietnamese nationals Held at 2:00 pm on July 23, 2020 on Concrete Road at the Boutique Temple. Ra in Wat Bo village, Sangkat Sala Kamroeuk, Siem Reap city / province.

Colonel Touch Sokun, Director of the Office of Investigation and Enforcement of the Siem Reap Provincial Police, said on the evening of July 25, 2020 that At the direction of the Provincial Police Commissioner, the Deputy Commissioner and himself cooperated with the local forces to detain the foreigners. Thirty Vietnamese, eight women, smuggled across the border from Vietnam through some corridors, some with passports, sneaking through the fields Illegal residence in Siem Reap and sent to the office to interrogate and prepare for deportation from Siem Reap, Cambodia.


Currently, the specialized force has arranged to send 30 Vietnamese nationals, including 8 women, on charges of illegally crossing the border to stay at the preparation office. Evicted in Siem Reap at 17:00 on July 25, 2020 to proceed with legal proceedings.