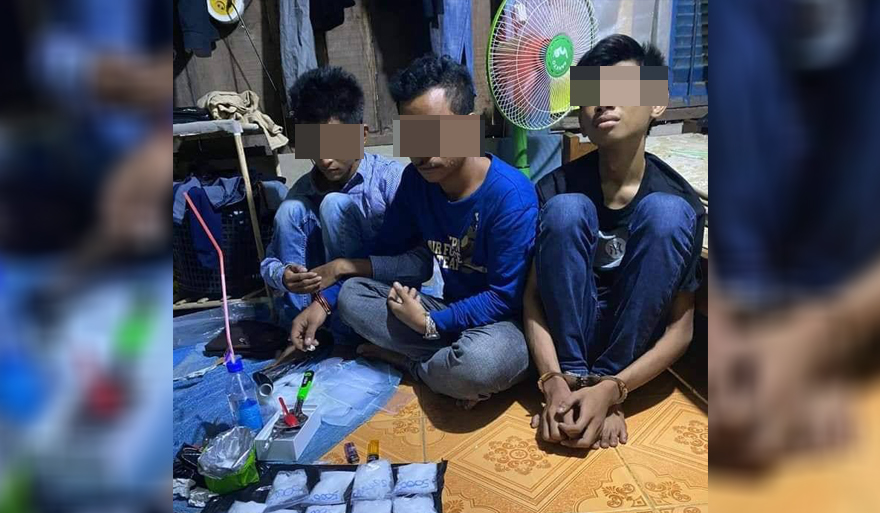 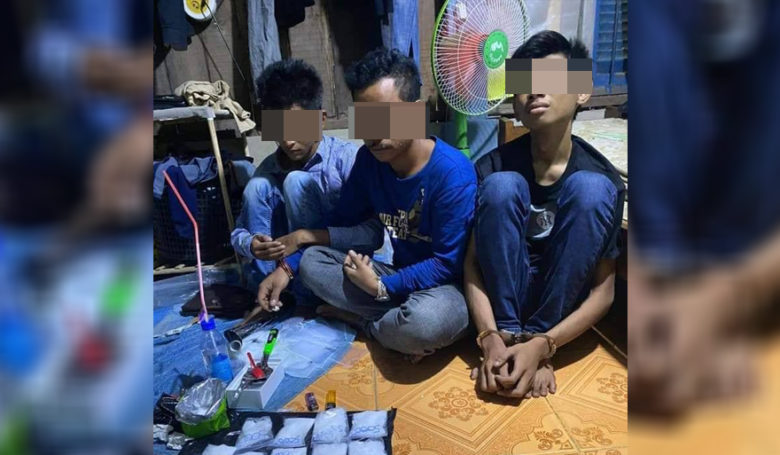 The crackdown on the above suspects at 12:15 pm on August 2, 2020 at Phsar Phsar Chas, Sangkat Svay Kravan, Chbar Morn City, Kampong Speu Province.

After the arrest, the police confiscated exhibits including white gram powder suspected to be drugs (16 packs of ice cubes, including 1 small and 15 large, 1 drug scale, along with some drug paraphernalia.

At present, the three suspects, along with the above drug exhibits, have been sent to court by the Office of Case Management for legal action.