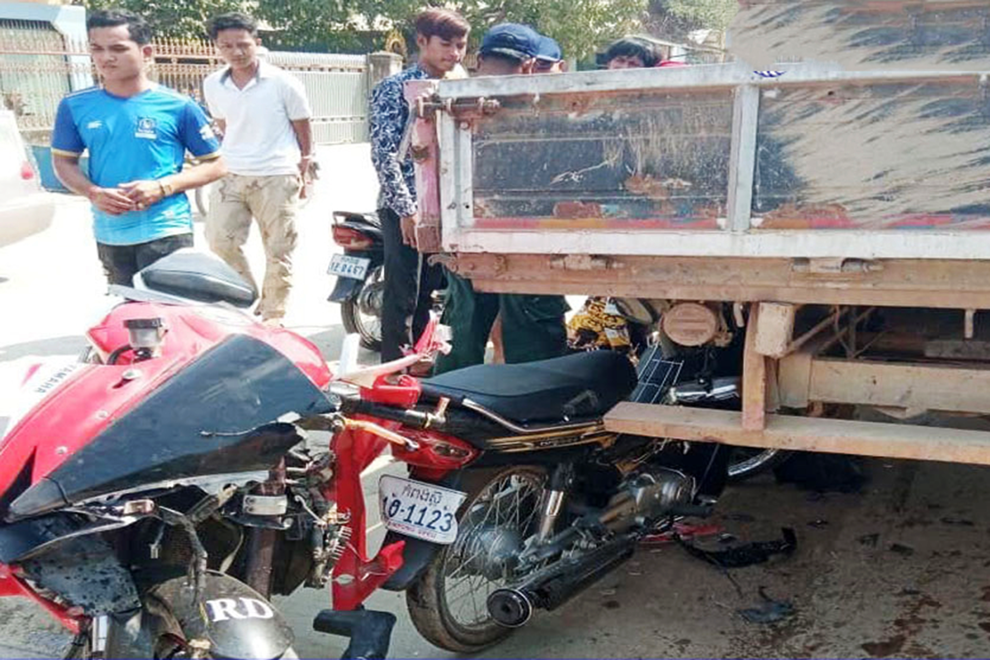 
Phnom Penh: At least 21 people were killed and 76 were seriously injured in 49 road accidents. Nationwide, the four-day Chinese-Vietnamese New Year is down from last year.

The cause of traffic accidents is due to driving at high speeds, disrespecting rights, not right-handed competition in dangerous situations, turning in the situation Drunk driving, traffic lights, road signs, drowsy drivers and using mobile phones while driving.

"Overall, we see that it is better, firstly, our authorities have worked hard to improve traffic order, secondly, to be prepared," Yan said. Acne is also good by promoting people to understand the participation of traffic safety in travel. "Most of the people have obeyed the traffic law and the traffic is in good order."

According to Yan, in 2020, the authorities will try to tighten traffic laws, including the use of speed as a priority. Most recently, the number of accidents has decreased significantly compared to 2019.

Kong Rattanak, an expert and consultant on road traffic, said that traffic problems in Cambodia are still a problem. Light yet. However, he also agreed with Him Yan's report and remarks that traffic accidents during the Chinese New Year have decreased. Based on data collected by the police.

He said that as an observer of all traffic accidents, he saw that the number of traffic accidents is declining, but the loss of life. It continues to happen on a daily basis, as reported by the National Police.

"For me, we want to solve this problem, we need to find the root of the problem clearly," Kong Ratanak said. In addition, this problem does not occur only in Cambodia, even in the world, no matter how developed the country is. There were also traffic accidents. "Just the number of accidents in developed countries is low and in developing countries like Cambodia there are many."

According to Kong Rattanak, the number of traffic accidents in the Chinese-Vietnamese New Year this year is not much different from 2020. The average number of victims can increase from two to three times on a normal day, and on days when people travel a lot, it is the next day. On average, 9 to 10 or more people are killed in traffic accidents, while every day there are An average of five people were killed.