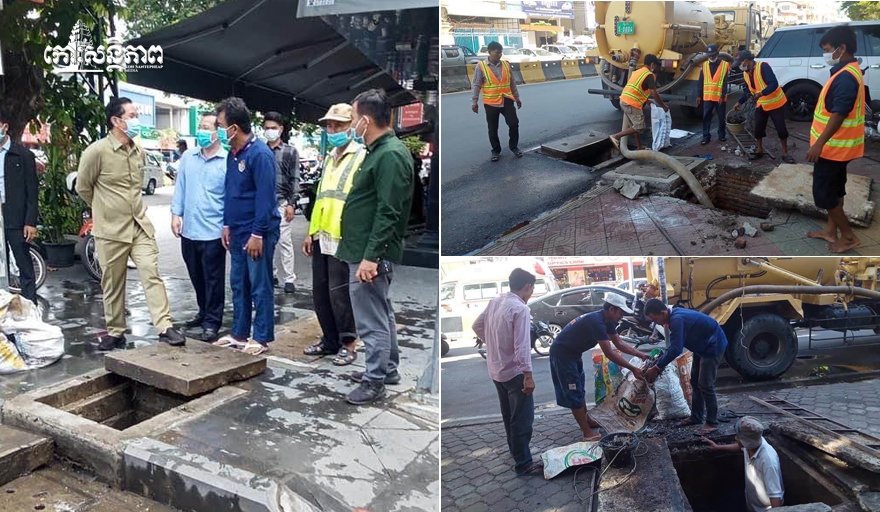 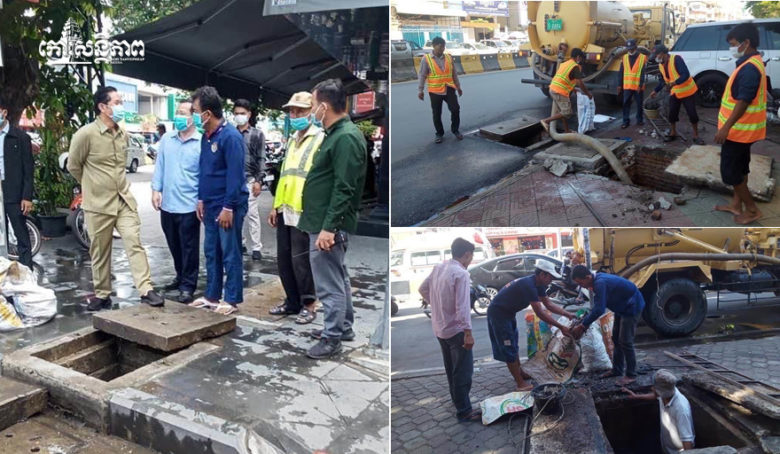 Phnom Penh: The Phnom Penh Capital Administration has been restoring 20 sewer systems in 8 districts to facilitate fast water flow system Avoid flooding people's homes during the rainy season. Mr. Duong Chan Sarath, Director of the Drainage and Pumping Unit of the Department of Public Works and Transport of Phnom Penh, said this afternoon, August 4. That:

In July 2020, the working group of the Drainage and Pumping Unit of the Department of Public Works and Transport of Phnom Penh, after the guidance of Mr. Khuong Sreng, Governor Phnom Penh Drainage Unit has restored 20 sewers in Phnom Penh to open the water to release rain this rainy season. To better avoid flooding the homes of people in 8 districts in Phnom Penh, including Khan Five in the center of the city and three districts on the outskirts of the city: Khan Sen Sok, Khan Por Sen Chey and Khan Meanchey. By: John Narith