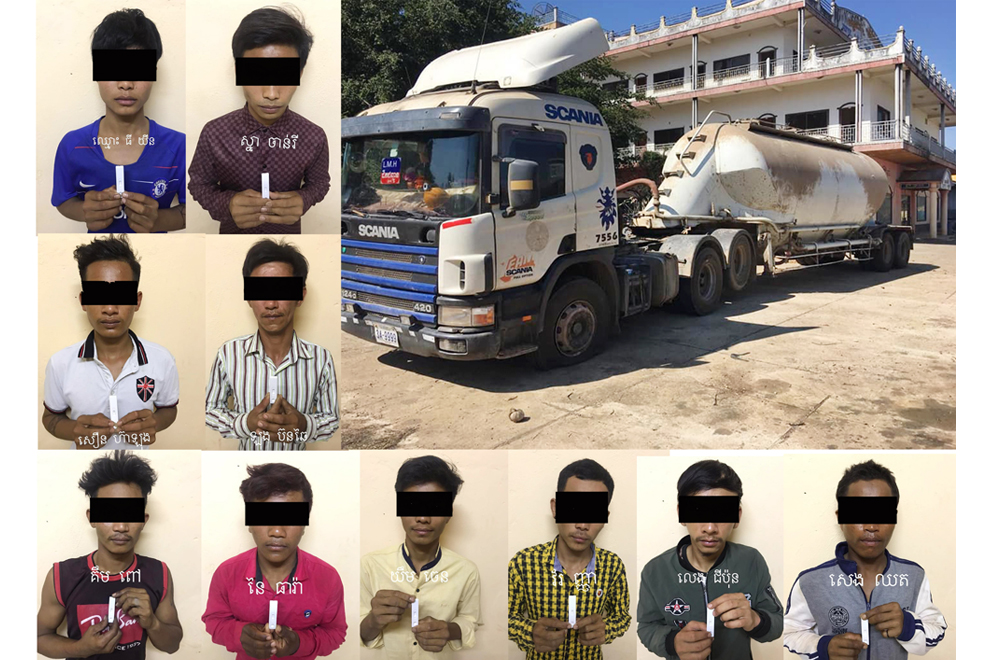 
Pailin: 10 of the 68 people who were drivers, motorcyclists, dudes, and passengers with substance Drug Addicted by Police of Pailin Provincial Police to Education and Families to Take to Drug Rehab Center On the streets in Phu Mepangleang commune, Otavao district, Pailin city on February 15.

Lieutenant Colonel Kith Thira, deputy commissioner of the Pailin provincial police chief, said yesterday that 10 men had been found by police. Contained the substance, which was discovered after law enforcement carried out a firearms inspection plan and enforced a traffic law. Especially, the village-commune policy is safe.

He added that for those 10, his authority had already been handed over to the guardians and their families. They warrant and contract to stop using drugs.

He added that the roadside checkpoints in Pailin were carried out once a week, sometimes once a week. 2 checkpoints on a regular basis. This practice is to ensure the safety of the citizens of Pailin, especially the residents of Pailin province.

“They were asked by the parents to secure their education and take it to their own center. They are actually victims of drug abuse.

The police officer also said that the operation in Pailin also wanted to appease the driver of the drug. Because driving contains such substances, it can be very dangerous and dangerous for motorists .

Separately, Lieutenant Colonel Yem Sarith, police chief of Pailin, said yesterday that the work was carried out regularly and that the night of February 15 was strong. 31 people. Authorities called 68 people to search for explosives, but found 10 people with drugs. The 10 were aged between 19 and 34 and were residents of Battambang, Pailin and Siem Reap. One in 10 is a driver of a cement truck.

Mr. Sarith states that in principle, drivers of motor vehicles and vehicles with a controlled substance must have their driver's licenses revoked. But the 10 people with the substance in urine have some without a motorbike license. So he was just educating and urging them to get their driver's licenses after giving them to the guardians and families on the day February 16

For the driver, 21-year-old Virginia, who lives in Leang Dai village, Angkor Thom district, was addicted to drugs and withheld. One white cement sedan temporarily wearing the Pail 3A-9999 license plate to deal with. Authorities confiscated driver's license for Pailin's traffic police for 6 months . This is a principle for the person to change and to change.